ASP is a society of professional photographic artists who aspire to maintain the highest level of excellence by adhering to ethical standards, stimulating creativity and continually refining technical competence. The goal of the organization is to promote education, foster fellowship and perpetuate the ideals of photography as a science and an art.

Historical Background of the Society

The American Society of Photographers (ASP) was officially founded August 1, 1937. Its beginnings were in the minds of a few dedicated photographers attending PPA conventions who came together for fellowship and the exchange of ideas. Al Buehman, one of the chief organizers, stated later that they sat in the dinning room of the Stevens Hotel in Chicago and discussed the possibilities, but were hesitant because they did not want to compete with the mother organization, the Professional Photographers of America. They delayed the decision a year and when they came together in 1937, he said," We were all supporters of the PPA and we insisted in our original by-laws that anyone taken into membership must first be a member of the International." This rule still applies today.

The group selected the name "American Society of Photographers", elected officers with D.D. Spellman as first president, and limited membership to 20, by invitation only. Their purpose as stated in the preamble of its constitution: "...shall forever be to bring into close confederation and co-operation all those leaders in the photographic art and science whose aim is and ever will be, to strive for pre-eminence in artistic perfection and scientific knowledge of the art."

Two areas were selected for emphasis in the early years:

Enhancement of the national photographic exhibit

Promotion of the Winona School of Photography

By 1948 the membership limit had been raised to 40 members and membership dues were raised from $10.00 per year to $15.00. A warning was issued to the membership that, as of January 1, 1949, dues would be $25.00. Early 1960's membership was opened to be without limits, but still by invitation only. Later, those holding degrees other than a Masters were permitted to join.

Ever conscious of developing trends, ASP has tried to lead the way in the development of photography as a science. In 1961, the ASP President, Albert Ravanelli of Albuquerque, in an address to the membership said," It is unlikely that Photography will continue on as it has in the past. There will be a new approach with new ideas and improved techniques. Automation has come. It will be expanded. The automatic cameras are already here and soon there will be automatic developing kits that will enable everyone to do his own finishing. All of this means that a change in our thinking is necessary NOW, not tomorrow."

Because of the influx of Photographic Craftsmen in the Society, in 1983 the first Associates were awarded. This honor was to reward those who had achieved distinction through service, not as a result of photographic entries. This is an ever-growing segment of the Society.

The ASP organization is governed by the following three documents.  Please click below to download the current PDF.

ASP is generously sponsored by the following industry partners.

For sponsorship opportunities, please contact the ASP Partners Committee.  We appreciate your continued support of our organization! 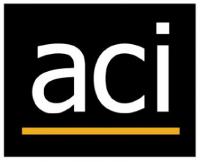 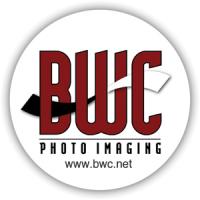