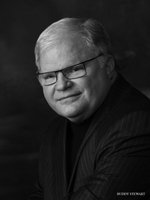 For over thirty years the name Ernie K. Johnson has been synonymous with excellence in photographic technique. He has established himself as a skilled artisan. His portraits have produced numerous “Best of Show” and “Loan Collections” awards at exhibitions around the country. The increasing recognition of his original work has generated a growing demand for his wedding and children & family portraits.

Ernie has had articles and photographs published in several photographic magazines and were featured in InFoto magazine. Ernie is a National Juror and has been for over ten years. Ernie is very proud of his fourteen Kodak Gallery Awards and ten Fuji Masterpiece awards, the Oscars of our industry. Ernie has had on ten occasions had prints displayed ad Epcot at Walt Disney World.

Ernie awith his wife, Lorraine, who is also a Master Photographic Craftsman, CPP, have a garden studio in the historic town of Franklin, Tennessee. Last spring their garden was one of six featured on the Willamson County Garden Tour, and annual fundraising event for the local library, with over six hundred visitors touring the gardens.

Their current studio is only Four years old and has been recognized as the number one studio in the area for the last three years. They feel that giving their clients quality products consistently is the key to their success. Their fifty foot display at Cool Springs Galleria Mall is not only great advertisement for their studio, but a big attraction for the community.

Other achievements are listed below:

Ernie with his wife Lorraine regularly lectures to their colleagues across the country and internationally. He has written articles for publication in several photographic trade magazines and had photographic images published.